What does wi-Fi 6 Mean for businesses? 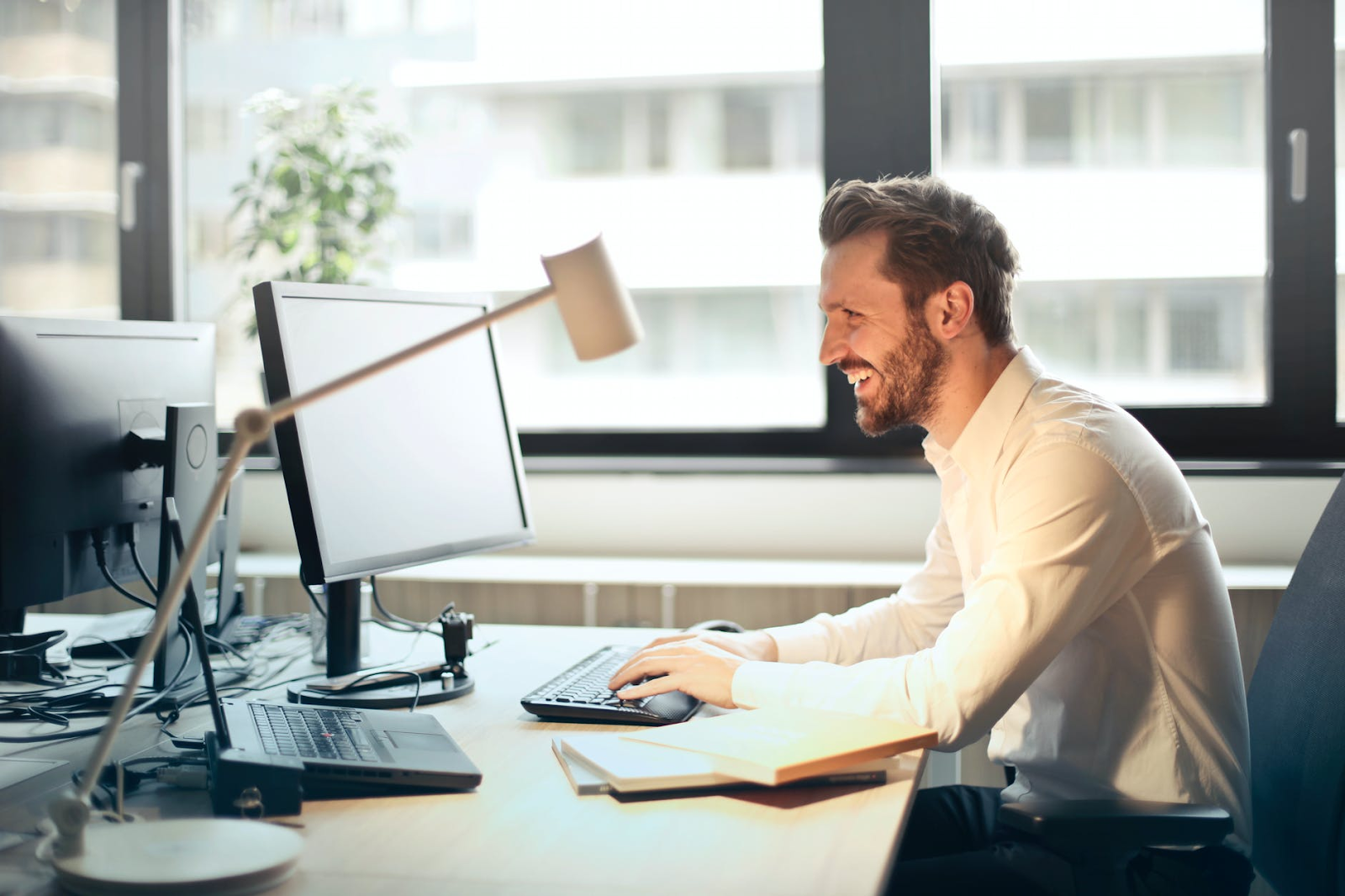 The FCC recently announced that they are further opening up the broadband spectrum to unlicensed traffic. This will allow routers to broadcast their signals in the 6GHz range, in addition to the 2.4GHz and 5GHz ranges already available for unlicensed use and means that very soon, there will be a lot more Wi-Fi to go around.

This is the biggest change to Wi-Fi in decades, and while it has the tech community excited, there are a few things that organizations should consider before making the switch.

Wi-Fi 6E is a subcategory of Wi-Fi 6 that the Wi-Fi Alliance added to accommodate any additional areas of the spectrum that were opened up to unlicensed use later on. This further opening up is what the recent FCC announcement was about, and their decision is set to greatly expand the potential capacity of Wi-Fi 6E access points.

What Performance Benefits Does Wi-Fi 6 Offer?

Wi-Fi 6 (and 6E) offer a wide range of benefits, including speeds up to 30% faster than Wi-Fi 5. These include.

Latency, or the amount of time it takes for something to load, is a huge problem for many Wi-Fi users. Factors such as signal strength and the number of devices on the network can dramatically decrease how fast and reliable Wi-Fi is. Being able to take advantage of more airwaves will allow Wi-Fi traffic to spread out (much like widening a highway) so that all traffic can move more quickly and reliably.

OFDM is used by Wi-Fi 5 and Wi-Fi 4, as well as other older standards, to both encode and transmit data, and allows multiple APs or clients to compete to transmit data. When the network is idle, data can be transmitted. Though this remains a popular and reliable way to decentralize access, it can cause serious latency issues, which Wi-Fi 6 aims to reduce or even eliminate entirely.

If you are relying on a single router, Wi-Fi 5 and Wi-Fi 6 have approximately the same range. This is because Wi-Fi range is dictated by the radio frequencies it can access (5GHz and 2.4GHz). However, if you use a Wi-Fi 6 mesh system, you can take advantage of Wi-Fi 6’s faster speeds and place the APs farther apart, making it ideal for areas where cabling is either inconvenient or impossible. Though there is always a trade off when it comes to networking speed and performance, this compromise will be negligible at best.

Connecting to a Wi-Fi network can quickly drain a device’s battery, particularly if the device is moving in and out of range. Wider range, coupled with the ability to support more devices, means that devices will need to expend less energy to maintain reliable connections. This is accomplished using wake time targets (also called TWT or target wake times). These targets allow the APs to communicate with devices and let them know how long the Wi-Fi signal can safely “sleep” between receiving transmissions and when the device needs to connect again.

These short moments of downtime between transmissions can significantly reduce how much power the battery needs to expend, extending the life of laptops, smartphones, tablets, and other Wi-Fi connected devices.

When there isn’t quite enough bandwidth to go around, Wi-Fi performance suffers and may even grind to a halt. OFDMA, Wi-Fi 6 will have improved MIMO (Multiple In/Multiple Out). Multiple antennas allow each AP to talk to multiple devices at once. Though this was possible with Wi-Fi 5, devices couldn’t respond at the same time, and instead had to wait their turn. Wi-Fi 6 eliminates that bottleneck so that devices can respond to the AP at the same time.

If multiple APs near each other are transmitting on the same channel, each AP would have to listen and wait for a clear signal before replying. Wi-Fi 6 allows different APs to be configured with different BSS (Basic Service Set) “colors”, which are numbers between 0 and 7. If a device is listening and waiting for an all-clear and notices a transmission with a weak signal and a different color, it now knows it can ignore this signal and transmit anyways instead of waiting. This can improve performance in congested areas, and is referred to as spatial frequency re-use. What Does Wi-Fi 6 Mean for My Organization?

Wi-Fi 6 is a huge shift and will allow organizations to enjoy higher-quality Wi-Fi and increased productivity. It may also reduce the number of APs required to provide robust Wi-Fi coverage.

Though Wi-Fi Alliance won’t start certifying new devices until this fall, several large AP manufacturers have already gone ahead and embraced the new standard. Netgear and Asus have already released new routers, which are backward-compatible with older versions of Wi-Fi, so they can continue to support your old devices. However, until you shift over to devices that support Wi-Fi 6, you won’t be able to take advantage of the new Wi-Fi 6 features like OFDMA and TWT.

Since no Wi-Fi 6 devices are on the market yet, switching over now doesn’t add any real benefit, though they will allow you to take full advantage of Wi-Fi 6 as soon as Wi-Fi 6 compatible gadgets are available.

How Will My Organization Need to Adapt?

Wi-Fi 4 and Wi-Fi 5 will still exist, so not switching over right away won’t harm your business or interfere with your daily operations. However, if you want to make the switch, you will need to upgrade far more than just your APs. Devices that aren’t Wi-Fi 6 compatible should be able to work with Wi-Fi 6 APs, but won’t be able to access the improved features that make Wi-Fi 6 better than Wi-Fi 5. However, you will need to make sure that your underlying switching, routing, and internet connections are planned out correctly to avoid traffic bottlenecks.

Should My Organization Make the Switch Now Or Wait Till Later?

When you do make the change (particularly if you are switching to the 6GHz spectrum on Wi-Fi 6), you may need to redo your heat maps and change where your APs are located. Since Wi-Fi 6 offers increased range, you may require fewer APs to enjoy the same coverage, but all APs and devices will still need to be upgraded. However, Wi-Fi 6E may actually increase the number of access points you require to get the same amount of coverage.

However, keep in mind that aside from the cost of switching over, there is no downside to upgrading to Wi-Fi 6 now. It just means that any devices that aren’t Wi-Fi 6 compatible (which is most devices except for a handful of early adopters) will automatically downgrade to Wi-Fi 5. That isn’t a bad thing, but it does mean that you should probably hold off on upgrading unless you were due for an upgrade anyway.

Wi-Fi 6 and 6E represents a huge leap for wireless technology and is poised to improve Wi-Fi connectivity on a massive scale. However, though you may be tempted to upgrade all of your organization’s APs and devices right away, it may be best to hold off until your next regularly scheduled upgrade.

In 2015 Alex joined Bird Rock Systems as a Senior Systems Engineer after having been a customer for almost 5 years. Since then he has expanded his skillset to include solutions architect and has helped with maintaining our internal team’s technical skillset. Alex is passionate about helping people and finding solutions to complex problems, and is constantly expanding his skillset with the latest technologies.